Dior vs Chanel: one of fashion’s great rivalries

The fashion industry loves a good bust up – think Yves Saint Laurent vs Karl Lagerfeld, Giorgio Armani vs Donatella Versace, Tyra vs Naomi. But no one did rivalry, or put downs, quite like Coco Chanel. 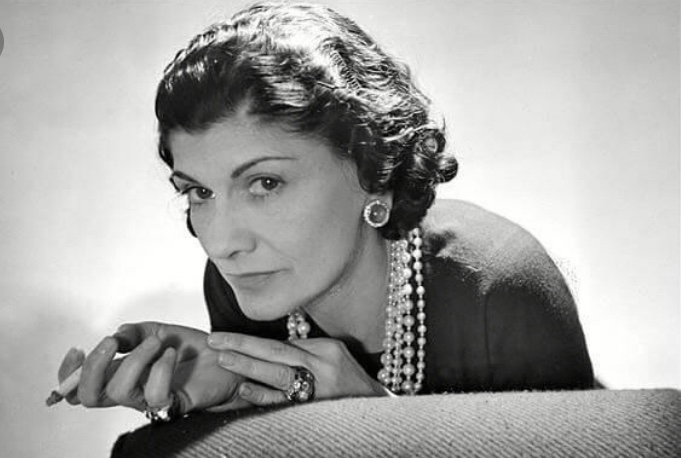 Her biggest feud was with Elsa Schiaparelli, an Italian designer who, alongside Chanel, was one of the most prominent figures in the fashion business between the two World Wars. Chanel begged to differ, though, refusing to refer to Schiaparelli by name and allegedly calling her ‘the Italian artist who makes clothes.’

But Schiaparelli wasn’t the only one who found herself in La Chanel’s sights. Step forward Christian Dior – himself a giant of the 20th century fashion scene and currently the subject of a gorgeous exhibition at the V&A museum in London.

Dior exploded onto the fashion scene in 1947, unveiling his first couture collection in Paris. It was called Corolle in a nod to the bell-shaped petals of certain flowers which were echoed in the shape of his skirts.

The collection was a masterclass in structured silhouettes, padded hips, cinched waists, and layer upon layer upon layer of tulle, taffeta and silk organza, all inspired by Dior’s love of the Belle Epoque. They weren’t necessarily the easiest clothes to wear – some of his evening dresses weighed as much as 27 kilograms – but the collection was unashamedly decadent and a rejection of the pragmatic march in women’s tailoring that had been taking place for the past 20 years, reaching its pinnacle during the Second World War when clothing was rationed. Indeed, rationing in the UK would not end until 1949. Dior wasn’t interested in pragmatism but dreams and glamour.

For many, his debut returned Paris to its rightful place at the heart of the fashion industry and his admirers couldn’t get enough of the romance. Carmel Snow, editor of Harper’s Bazaar at the time, is said to have told Dior, “It's quite a revolution, dear Christian! Your dresses have such a new look!” The phrase stuck and is best represented by one of Dior’s most iconic creations – the Bar Suit, (below) featuring more than five metres of fabric in the skirt alone.

Chanel, on the other hand, was unmoved and famously declared, “Look how ridiculous these women are, wearing clothes by a man who doesn’t know women, never had one, and dreams of being one.” She didn’t stop there, either. At various points she was quoted as saying, “Dior doesn't dress women. He upholsters them.” and that a woman sitting down in a Dior dress looked like ‘an old armchair’. And she accused him of dragging women back to 19th century ideals of femininity – that women were objects to be admired by men.

Dior himself saw it rather differently, of course, saying, “I think of my work as ephemeral architecture, dedicated to the beauty of the female body.” But Chanel was so put out by Dior’s lavish, elaborate look that in 1954, at the age of 71, she came out of retirement.

In the US, many women agreed with Chanel’s view, and when Dior visited in the autumn of 1947, he faced demonstrators waving placards urging him to go home and worse. Such was the furore that Time magazine ran a survey asking, ‘are you for or against the New Look?’

It’s not hard to see why Chanel was so passionate in her dislike for Dior’s aesthetic, after all, it represented the complete opposite of everything her work stood for. She had an eye for understated elegance and loved adding masculine details to her designs because, she argued, it empowered women. She ditched the corsets and borrowed heavily from menswear and sportswear. The well-known 1920s flapper style shift dress owes a great debt to Chanel. Later in the decade, she revolutionised the little black dress, described by Vogue magazine as ‘Chanel’s Ford’ after the car company’s wildly popular Motor T model. Above all, her clothes felt democratic – accessible to women of all walks of life and, crucially, comfortable to wear.

Perhaps Chanel’s most iconic look, though, remains the two-piece Chanel suit made in tweed; beloved by everyone from Brigitte Bardot to Princess Diana, and forever ingrained in cultural memory as the suit worn by Jackie Kennedy on the day her husband US President John F Kennedy was shot and killed in November 1963.

Dior wasn’t the only male designer at the time to feel the whip of Chanel’s tongue. She believed Cristóbal Balenciaga to be just as culpable and referred to the pair’s work as “illogical designs”. She continued to work right up to her death in January 1971, when she was putting the finishing touches to what would become her collection. Her funeral procession stopped traffic as hundreds of mourners came out to pay their respects (incidentally 2,500 people attended Dior’s funeral in 1957).

But for all Chanel’s snark about not knowing women, Dior was heavily influenced by the women around him and publicly acknowledged the impact of three in particular – describing them as his ‘mothers’. The first was Madame Raymonde Zehnacker, his design studio director, whom he described in his 1951 book Je Suis Couturier as “my second self. Or to be more accurate, my other half. She is my exact complement: she plays reason to my fantasy, order to my imagination, discipline to my freedom, foresight to my recklessness, and she knows how to introduce peace into an atmosphere of strife.”

Then there was Marguerite Carré, a woman Dior described as ‘a technical genius’, turning his sketches into reality. Dior wrote of Carré, “Over the years she has become part of myself – of my dressmaking self, if I can so call it.”

The third influential woman was Mitzah Bricard, Dior’s head of millinery and muse. Of her, Dior wrote: “Madame Bricard is one of those people, increasingly rare, who make elegance their sole raison d’être.” In an interview with the BBC, Oriole Cullen, curator of the V&A’s Christian Dior: Designer of Dreams exhibition said Bricard’s “whole life was devoted to her look, and her ideas – she was his confidante.”

And there’s no denying the fact that many women adored Dior and his creations, including ballerina Margot Fonteyn, writer Nancy Mitford, and a young Princess Margaret, who visited his Parisian atelier on her first European tour aged 18. Three years later Cecil Beaton photographed Margaret on her 21st birthday wearing Dior’s one-shouldered cream couture gown with an extraordinary tulle skirt embellished with gold. The dress is just one of the many incredible pieces on display in the V&A show and Margaret is said to have called it her “favourite dress of all”. 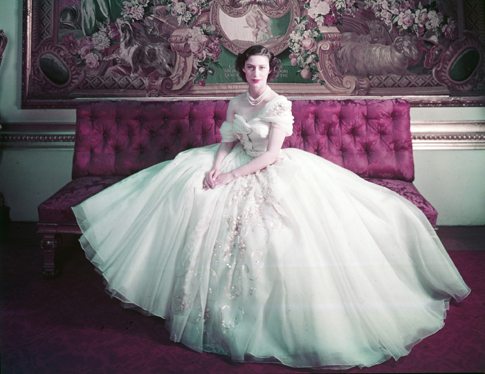 Their aesthetic may have been poles apart, but the brands they created continue to influence women’s fashion. Today, fittingly, both the Houses of Dior and Chanel are headed by women. In 2016, Maria Grazia Chiuri became the first female creative director at Dior, setting out her intentions loud and clear in her first show with a t-shirt bearing the title of author Chimamanda Ngozi Adichie’s TED talk and essay We Should All Be Feminists. And in February 2019, Chanel announced Virginie Viard as successor to the late Karl Lagerfeld, having first joined the brand 30 years earlier as an intern for the haute-couture embroidery department.

Fashion might not be fashion without someone throwing shade at a rival, but one thing’s for sure: it would be nothing without these two titans of 20th century design and the legacy they left on the industry.