Why You Should Consider A Contrast Waistcoat For Your Wedding Suit 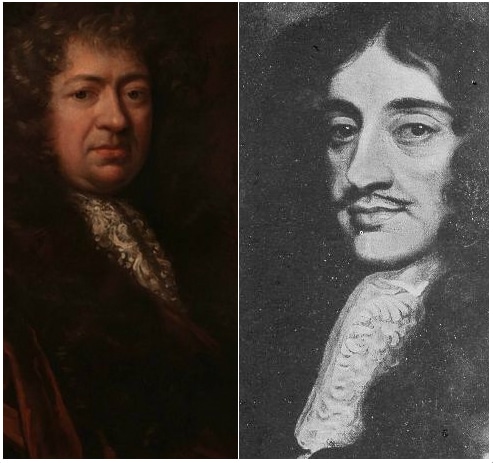 The king in question was Charles II, who, in 1666, declared the waistcoat – or vest as it was originally known and still called in the US – a part of the courtly dress code. We know this because famed diarist Samuel Pepys wrote: “The King hath yesterday declared his resolution of setting a fashion for clothes which he will never alter. It will be a vest, I know not well how.”

British travellers actually brought the idea of the vest back from Persia and it’s thought that Charles was looking for a way to separate his look from that of his cousin, Louis XIV of France.

His royal court was quick to comply and for the next two centuries waistcoats tended to be elaborate, brightly-coloured affairs – dye was expensive and colour was a way of displaying one’s wealth. Even into the middle of the 19th century, men tended to favour brighter waistcoats. Indeed, Charles Dickens was known for his love of colourful, heavily-decorated waistcoats.

However, the aftermath of the French and Industrial Revolutions later in the century, led to a simpler, more sober look and waistcoats tended to be worn with a double-breasted frock coat, trousers and top hat.

The waistcoat remained standard business dress throughout the first half of the 20th century, only declining in popularity as attitudes towards dress began to relax – rationing during the Second World War may have also played a role, as fabric became a restricted item. 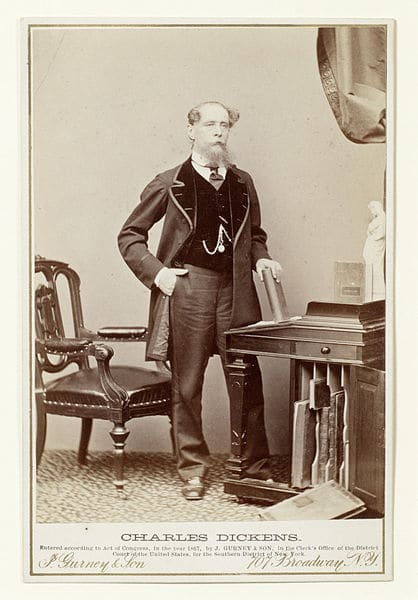 But the one place where the waistcoat has remained a constant is the British wedding. Fans of the fashion in ultra-stylish BBC series ‘Peaky Blinders’ – set in the 1920s – would have noticed that Tommy Shelby, wears one as part of a three-piece suit when he marries Grace Burgess.

Almost a century later, the three-piece suit remains a popular wedding choice and many couples opt for a traditional complementary colour to match their suit. However, an increasing number of our clients are asking us to help them choose a bolder ‘contrast’ waistcoat – using either a bright colour or a sharp pattern to create a personalised feel to their outfit. 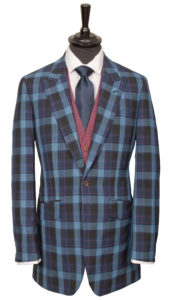 “This is a brilliant way of introducing some style and colour to your look, without going over the top. You can match up a waistcoat with your wedding colour scheme or use it to flash a bit of personality. I wear a lot of contrast waistcoats myself because, as someone who owns a lot of suits, I like to mix and match separate pieces, which can breathe life into an older ensemble, keeping it fresh and interesting.” 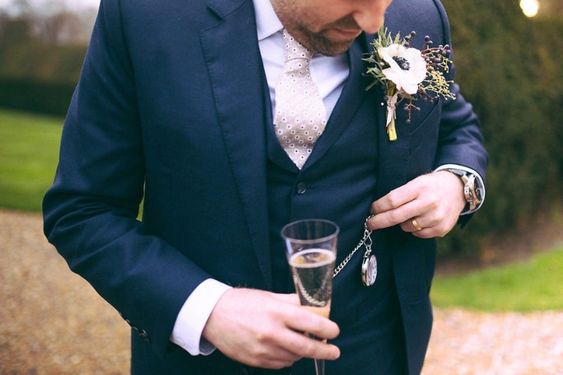 There’s a good reason why the waistcoat hails from the Middle East and India – heat. A full jacket was surplus to requirements in the region’s scorching temperatures, but a sleeveless coat offered a smart, decorative dress style while still providing a little protection from the elements.

This is useful today for the many couples who choose to marry in warm countries, such as Greece and Italy. Dressing for your location is worth thinking about carefully and, says Jake, “It’s actually a lot cooler to opt for a three-piece suit with a waistcoat because then you can take your jacket off when it heats up and still look sharp.” 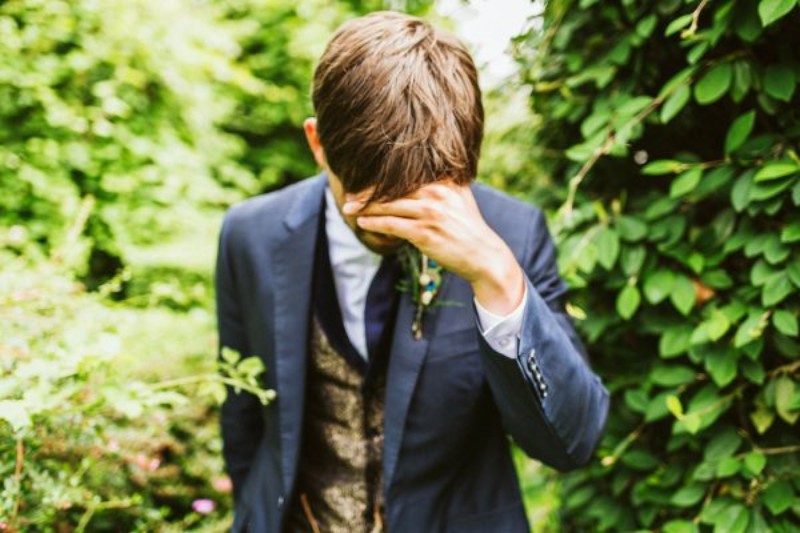 A contrasting waistcoat is also a great way of putting your stamp on the day, since “it distinguishes you from the rest of the wedding party,” says Jake.

“Often our clients are thinking about ways in which they can look different, even if their party is wearing the same suit. My answer is almost always: “Get the best man or woman a three-piece suit that matches yours, you go for the contrast waistcoat and then the ushers perhaps just have a two-piece suit.” 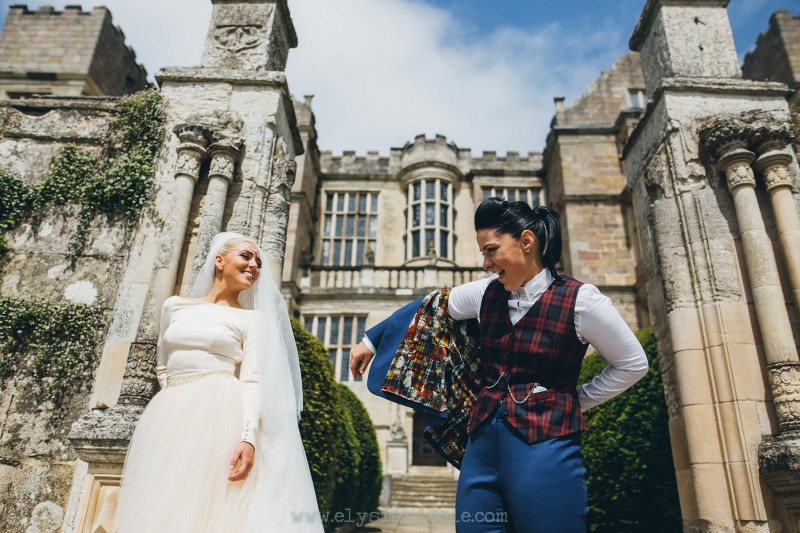 If you’re going to the effort of having a bespoke suit made, it’s worth considering the full three piece option and adding a contrast waistcoat so that you’ve got choice later down the line.

Jake says: “A lot of our clients like to wear their wedding suit beyond the day itself. If you go for a three-piece suit, then you’ve automatically got a smart option for other weddings. Then, if you remove the waistcoat you’re also getting a more casual two-piece suit that you can wear out to less formal events.” 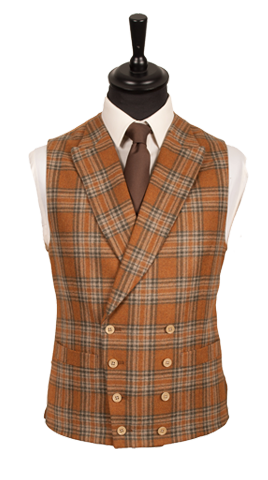 Tip one: Mixing different patterns? Two is the magic number:

We love clients who want to go for something bold, but if you’re thinking about incorporating patterns into your look, then we would always recommend a limit of two.

For instance, says Jake: “If you’re going for a bold check waistcoat, we’d suggest a plain suit, plain shirt and then a pattern for your tie. Steer clear of a check shirt or suit in this instance as it will feel too much.” 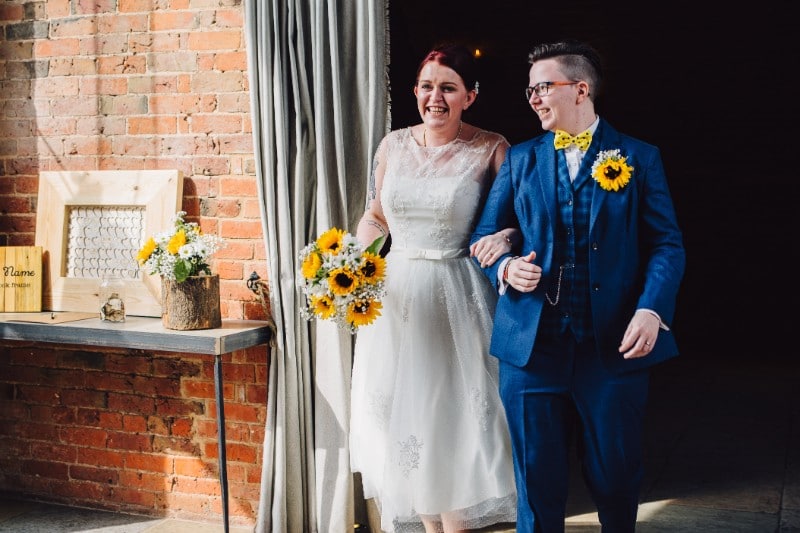 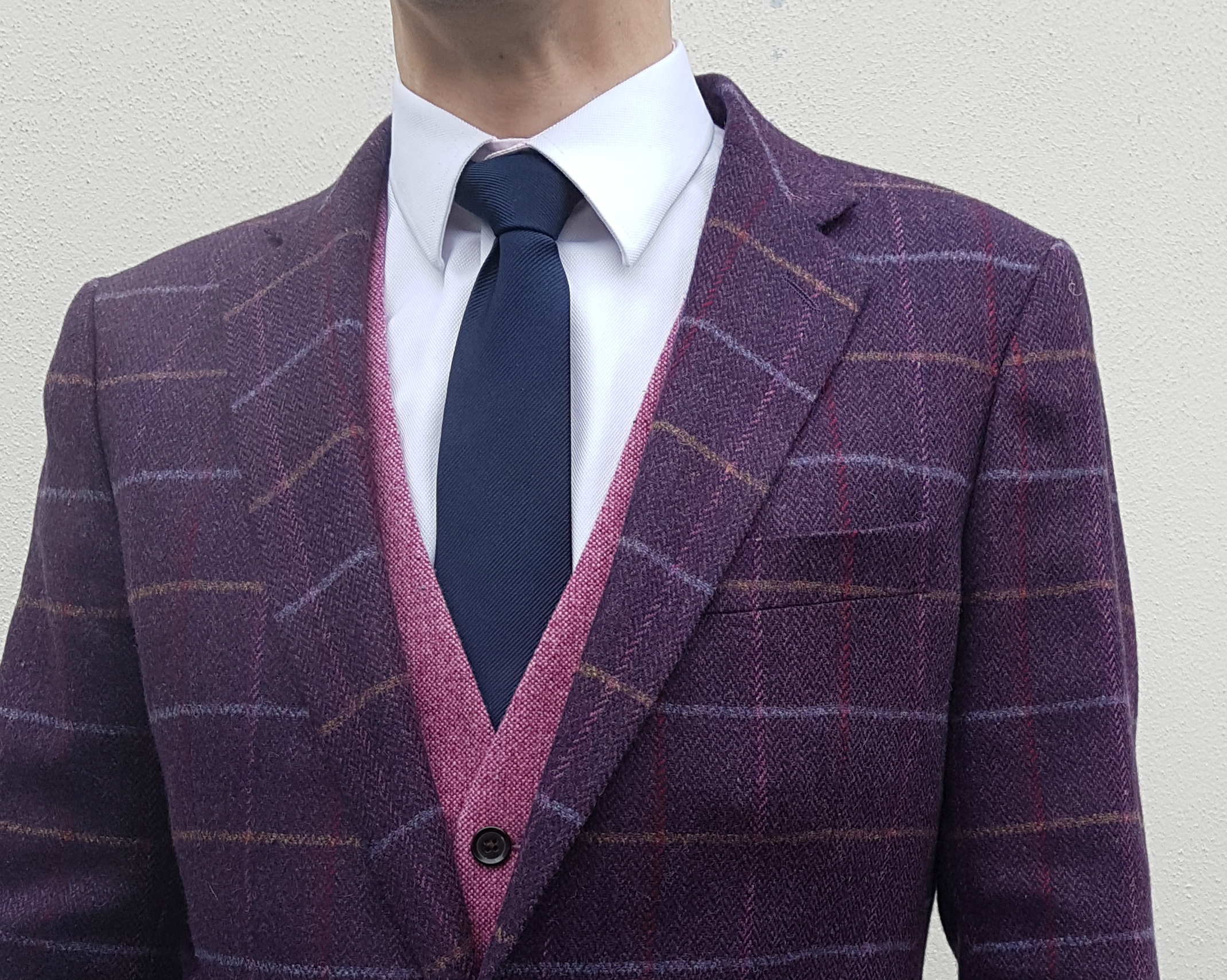 Patterns are a great way to add that flash of personality to a bespoke suit, but be careful not to go too uniform.

As Jake explains: “If you’re mixing the same patterns, i.e. you’ve got a check waistcoat and tie, then the checks ought to be different sizes. For instance, big on your waistcoat, small for your tie. Again, it’s about creating an eye-catching look without going over the top.”

Wedding suits typically tend to be blue or grey, so colour co-ordination is crucial when choosing a contrast waistcoat. If you’re opting for a blue suit, for example, you could go for a contrasting waistcoat in burgundy, orange, or yellow. If you’re wearing a grey suit, you might go for purple, blue or pink.

You can also use colour in subtle ways, says Jake: “You could have a plain blue suit with a blue check waistcoat, but maybe there’s a colour running through the check, such as a lilac or a pink. Perhaps if the colour theme for your wedding is pink – a blue check waistcoat with pink check lines could then match up with your tie and lining.”

This tradition is said to have started in the late Victorian period and was again driven by royalty. According to legend, a portly Edward, Prince of Wales (later King Edward VII) couldn’t do up the bottom button of his waistcoat, so would leave it undone. His court followed suit so that the King wouldn’t feel self-conscious. However, others believe the tradition has more practical – back when men wore three-piece suits to work as standard undoing the bottom button might have allowed a bit more movement.

Done well, a contrast waistcoat makes a wonderful addition to any bespoke suit. It doesn’t cost any extra to create one when you have a bespoke three-piece wedding suit made with King & Allen, so if you’re thinking of choosing one, take a look at our range of bespoke contrast waistcoats for inspiration. Or, book your first free consultation for the full in-store experience.