The History of the Shirt

The shirt has been the staple in every man’s wardrobe for centuries. It is the thread that ties the suit together (excuse the pun!) and completes the sartorial look. Without it the suit is incomplete.

This month our guest blogger, King & Allen’s very own Joyce Addai-Davis, explores the rich history of this simple yet hugely culturally significant garment: 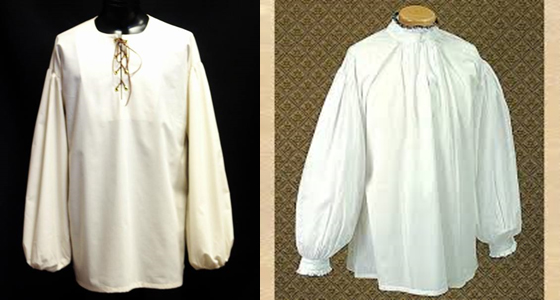 In the late 19th century the shirt was considered an undergarment. It was long sleeved, voluminous and shapeless, and it was never to be worn without a jacket or a waistcoat – especially when in the company of women. For that reason, the accentuated fit like we have today was not necessary.

Shirts were very loose fitted and worn over the head, as they had no front opening. The first ever dress shirt with a button down placket was invented and registered by Brown Davis & Co. in 1871.

In the 1800’s the white shirt was considered to be the ‘epitome of elegance’. It was generally considered that the rich where the only social group that were able to afford a white shirt, as it needed to be washed and ironed daily.

Nowadays the white shirt still carries that same elegance, but it is much less formal and regimented. The image below of an Italian man brings a new meaning to the term ‘relaxed simplicity’: the brightly coloured linen blazer, the white trousers and the trainers – all paired with a buttoned down white shirt. It’s the casual look at its optimum. 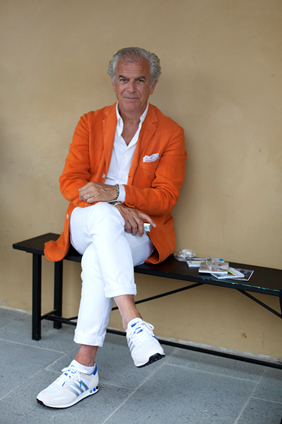 It took a long time before striped shirts became acceptable gentleman’s attire. Many people felt that wearing stripes suggested that the wearer was unclean and from a lower social group.

This isn’t a problem now with the advent of washing machines.

A striped shirt works well for the office with a smart block colour or complimentary patterned tie. Casually, a buttoned down shirt worn with a pair of chinos over a light jumper would work well in both the winter and summer months. 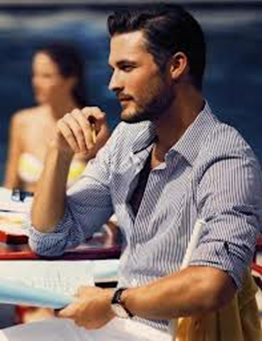 Striped shirts are now accepted by all

A striped shirt works well for the office with a smart block colour or complimentary patterned tie. Casually, a buttoned down shirt worn with a pair of chinos over a light jumper would work well in both the winter and summer months.

Prices for bespoke shirts start at £110.

Call 0800 0274430 or contact us here for more information. We have fitting locations in London: Liverpool St, Savile Row and Charing Cross; Nottingham; Leeds; Wilmslow and Surbiton.